In Your Deepest Thoughts

I have a question for NeverTrumpers, for those voting for third party candidates and for those not voting for president at all because you hate both Mr. Trump and Mrs. Clinton.

Please don't stop reading!  It's just a question to think about.

This is not a knock on you, so please don't take offense.  If this is your choice, you have every right to it, and I am not trying to change your mind.  I was just thinking about this question.

Mr. Trump or Mrs. Clinton will be our next president.  With that in mind (if you fall into one of those voting/not-voting categories above) do you have, in your deepest thoughts, a preference?  In other words, if Mr. Trump wins the election, will you be secretly glad he beat Mrs. Clinton or vice versa?

You don't have to answer...it's a secret, after all.

I just can't see myself NOT being happy that he wins and she loses.

And yes, I am voting for Mr. Trump even though he was not my choice in the primaries (I voted for Ted Cruz).  My reasons for voting for Mr. Trump are all the standard ones including, the Supreme Court, illegal immigration, national security & terrorism, the Second Amendment, and the fact that the GOP Congress will wilt under Mrs. Clinton, just as they have under Mr. Obama.  I know Mr. Trump is a flawed candidate, but Mrs. Clinton has been around a long time and has contributed to a lot of America's problems...not Mr. Trump.

I am not preaching at you, just stating my thoughts and...in my deepest thoughts...I refuse to let the Corrupt Clinton Machine get back into the White House without a fight.

Posted by The Conservative Lady at 6:44 PM 3 comments:

A Candidate Worth Supporting 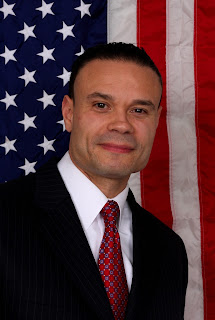 Today I break my blog silence to say that I have found a candidate worth sharing with you.  I posted this on the Facebook page, too.  It's been awhile since I thought a candidate was worth supporting.

I have donated to many "conservative" candidates (some of you may remember 'Ten Buck Fridays') who got to Washington and, once there, became establishment turncoats.  After being disappointed in these candidates, I haven't donated to anyone (or the GOP) in years.

Today I have decided to break that habit and send a donation to a candidate, Dan Bongino. Mr. Bongino is running for the Congressional seat in Florida's 19th District.  It's good to feel optimistic about a candidate again. I hope Mr. Bongino goes to Washington and proves there are still honest, strong conservatives who keep the promises they make to their constituents.

His campaign needs a financial boost because he's running against a couple of well funded opponents in the primary election. If you're in his district, or are looking to support good, conservative candidates, consider helping him in his campaign.  Thank you.

If you have some time, I recommend watching the videos at his site.  He has an interesting life story and you will be impressed with his reason for ending his Secret Service career.  I was.

We need to send good people to Washington.   Dan Bongino is a good choice.

Dan Bongino On the Issues

Posted by The Conservative Lady at 11:49 PM No comments:

It's been quite some time since I posted on my blog.  I've been focusing on my Facebook Page.  Today I came across an article at New Zeal about debunking anti-Ted Cruz myths.   I encourage you to check it out.

The article includes the video (below) of Senator Cruz speaking on the floor of the Senate during the last budget fiasco in October 2015.  It's long (93 minutes), but I watched the entire thing this morning and was so impressed that I decided it was worth not only posting it on FB, but breaking my blog-silence today to pass it along here at The Conservative Lady blog.

Some of you may have seen Senator Cruz give this speech in October.  If not, or if you don't remember it, I encourage you to take the time and listen to what he had to say about the budget and about the Washington establishment (Democrat and Republican).  This is why they hate him.

No matter who you're favorite candidate is, I sure hope you'll give this a watch (even if you have to do it a little bit at a time).  It will certainly be worth it.

Posted by The Conservative Lady at 2:19 PM 10 comments: