A New "Most Dangerous" Man in America? 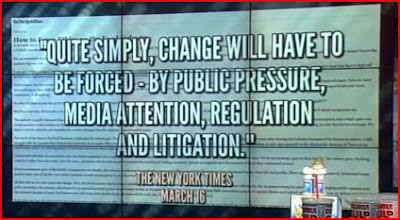 Bet you thought George Soros was a big threat to America, and you'd be right.  But now he has some competition.  New York mayor, Michael Bloomberg is the 13th richest person in the world and he is using his wealth to become, according to Glenn Beck, the "most dangerous man in America".

We've all seen how Mayor Bloomberg is trying to control the lives of New Yorkers with his nanny state, regulatory ideas on salt consumption, big gulp soft drinks and most recently, cigarette displays in stores.  While you may think that his influence doesn't affect you because you don't live in New York...think again.  Watch these 2 videos and decide for yourself if you think the progressive Mayor is as dangerous as Beck contends.

I had to share this one with you because I found it absolutely ridiculous. Bloomberg placed restrictions on idling cars in New York City. Of course being the Mayor, he didn't think his regulations applied to him and he was caught disobeying his own rule.  But not to worry.  Take a look at how he proposed to fixed the problem... 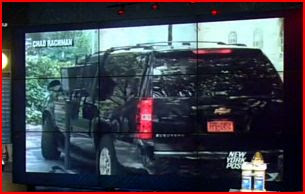 Yes, that's an air conditioner on a stand sitting in the car window.
You can't make these things up.

Posted by The Conservative Lady at 3:44 PM